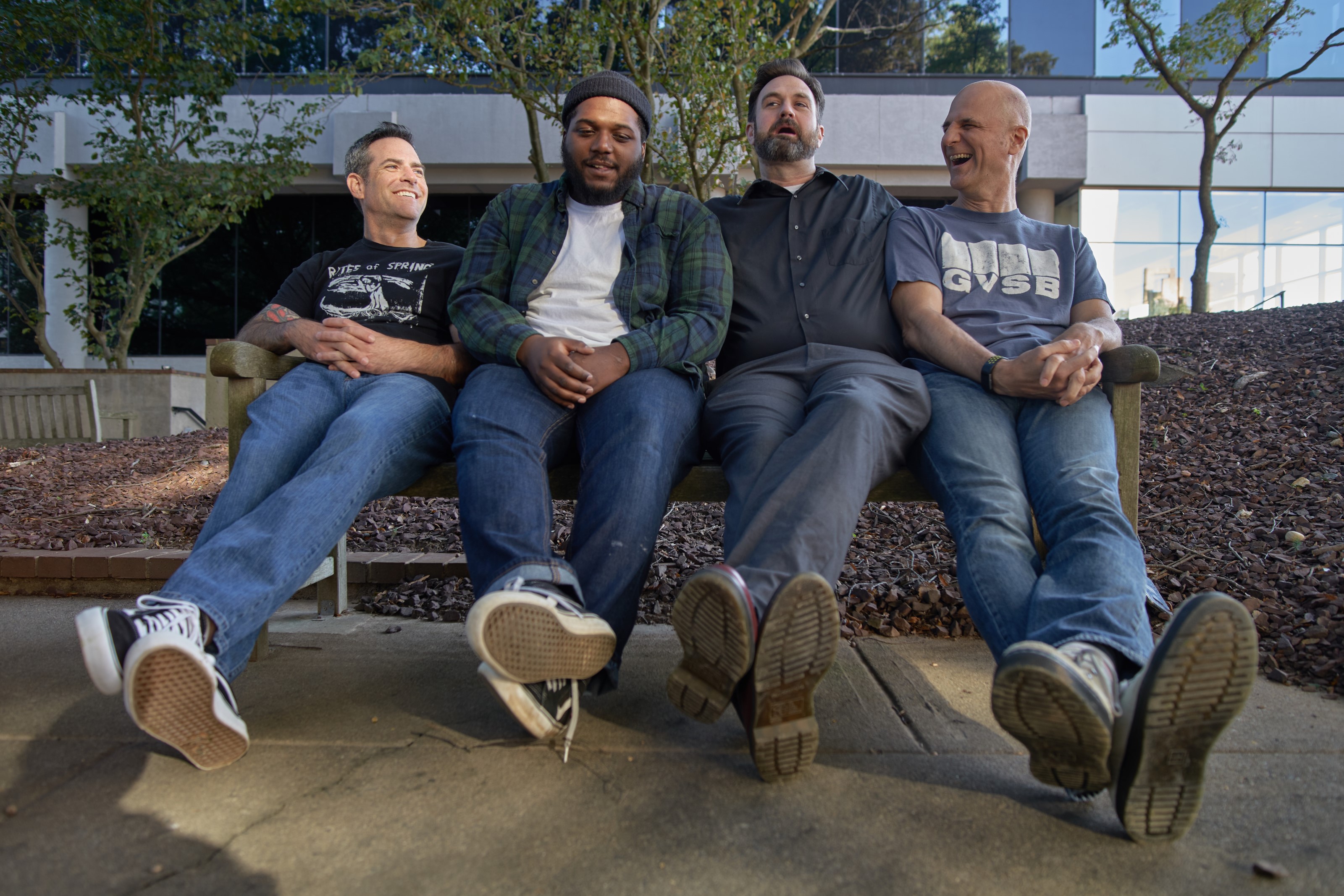 Celebration Summer, from the Northern Virginia suburbs of Washington DC, began as a message board posting in late 2019 when bassist Greg Raelson sought out members to bring forth from the ashes a style reminiscent of the late 80’s/early 90’s melodic punk rock he grew up on. Joined by drummer Glenn Boysko and guitarist Dan Hauser, both formerly of the DC band Confidence Man and notable ska side project The Captivators, the trio recruited newcomer Nate Falger to assume the duties of singer/guitarist. With a pounding rhythm section punctuated by Boysko’s intricate drumming and Raelson’s melodic bass while incorporating Hauser’s driving guitars and Falger’s poignant lyricism, visceral vocal stylings, and angular guitar structures, Celebration Summer hit the ground running with anthemic, progressive songs capturing the struggles of modern life in Trump/post-Trump-era America.

Celebration Summer, whose name is a mash-up of sorts, pays homage to the iconic Husker Du song Celebrated Summer and Washington DC hardcore’s significant cultural and activist “Revolution Summer” of 1985. Celebration Summer was recognized by their local music scene peers as a finalist in both the categories for Best Punk Artist and Best Punk Rock Song for their track “Bitter End” at the 2021 Washington, DC Area Music Awards. Their debut EP, Against The Gun, was released digitally on Little Rocket Records and on vinyl on Shield Recordings and their forthcoming full-length 'Patience In Presence' will be released by A-F Records in the U.S. and Shield in Europe in late 2022.