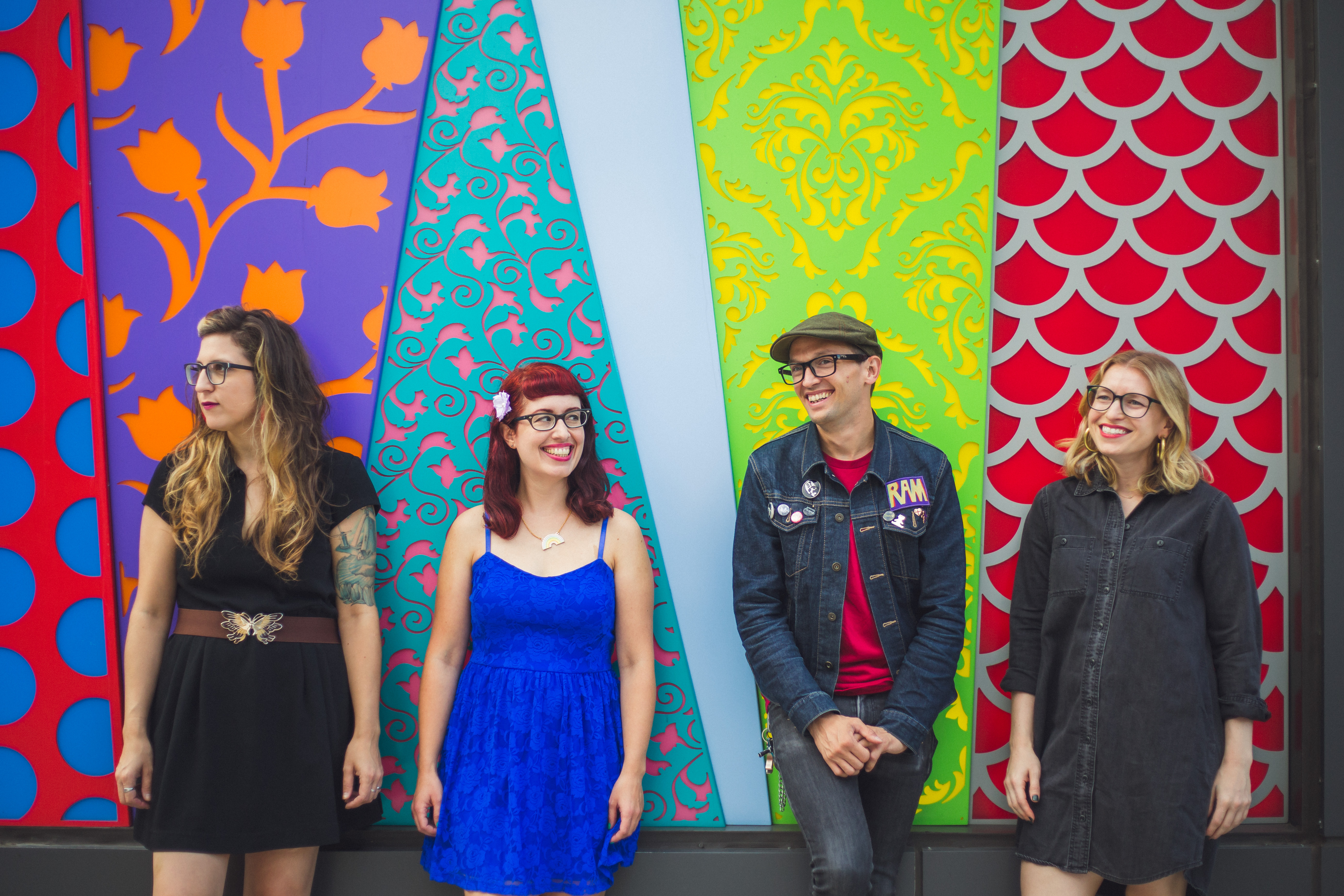 Early Riser is a Brooklyn band started in 2014 by Kiri Oliver (vocals/guitar) and Heidi Vanderlee (cello/vocals) and later joined by Nicole Nussbaum (bass/vocals) and Mikey Erg (drums/vocals). Their debut album, Currents, introduced listeners to their unique style of cello-driven pop-punk, full of catchy melodies, soaring vocal harmonies, and uplifting, relatable lyrics. Their second album, Vocations, hones in on their strengths and then amplifies them, with a fuller sound, four-part vocals, and insightful lyrics that dig into the challenges of life but ultimately focus on the way forward.